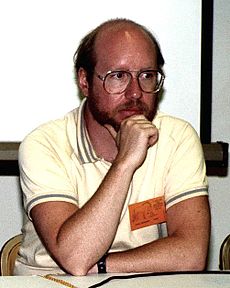 One of the big movers and shakers of the Ultraverse was, of course, Steve Englehart. Between The Strangers and Night Man, he did a lot to define the universe that we all love. I came across this chat transcript from 2005 and thought it might be of interest to everyone. The entire thing is fascinating and covers the whole gamut of his writing career but there is a little nugget of Ultraverse info that I’m sharing here:

Here is some more about The Strangers in particular:

Lex: Mr. Englehart, I just wanted to thank you for your “Strangers” comic. It was one of the comics I followed when I first became a comics reader. I think of it as starting my love of this medium. So, thank you for that.
Jellobay: “Strangers” was the best, I still read through them from time to time.
Steve Englehart: I liked that book a lot, too, and it tends to get overlooked now because of the “Night Man.” But I have to say, overall, I get asked about the Ultraverse a lot, which tells me people really would like to see it again…which brings me back to Marvel’s not wanting to go there

Lex: Which was your favorite “Strangers” character to write?
Steve Englehart: Well, I have to say Atom Bob, because he was, in the beginning, so laid back about it all…and in the end, he was something else entirely.

Lex: Atom Bob. He was always my favorite. Did you intend for him to become the Pilgrim from the beginning?
Steve Englehart: No, I did not intend the Pilgrim thing from the beginning. I just sort of said one day “who would be the least likely person…?”
Brian Cronin: I remember being really freaked out by that
Brian Cronin: The pilgrim revelation.
Lex: Well, yeah, he was the least likely person to become Pilgrim. I didn’t realize how emotional invested I was in the Strangers characters until that happened. It was huge!
Brian Cronin: Yeah, Lex. It is long enough ago that I’m detached now. but at the time, I’m sure I was foaming at the mouth, “how could you do that?!?”
Steve Englehart: I love to make readers foam. 🙂

Brian Cronin: By the by, “Strangers” can’t be as good as “Night Man,” because Night Man had a team-up with Gambit!
Jellobay: I’m a Marvel fan boy, but they ruined the Ultraverse.
Steve Englehart: Yeah, various Ultraverse characters have appeared in the Marvel Universe– but now there’s an edict that they can’t any more, for the same unclear reasons as below. But I have been saying for ten years now, it would so cool for these guys, who only knew a few superheroes among themselves, and had achieved a level of celebrity in their universe– if they came to the Marvel Universe, they wouldn’t know they were supposed to be impressed by Spider-Man, or care who the X-Men were. It would let us see the Marvel U with fresh eyes. But it’s never happened.

Brian Cronin: Did you write for the “Night Man” TV series?
Steve Englehart: I wrote 3 episodes of the TV series.

Do check out the entire transcript for more!