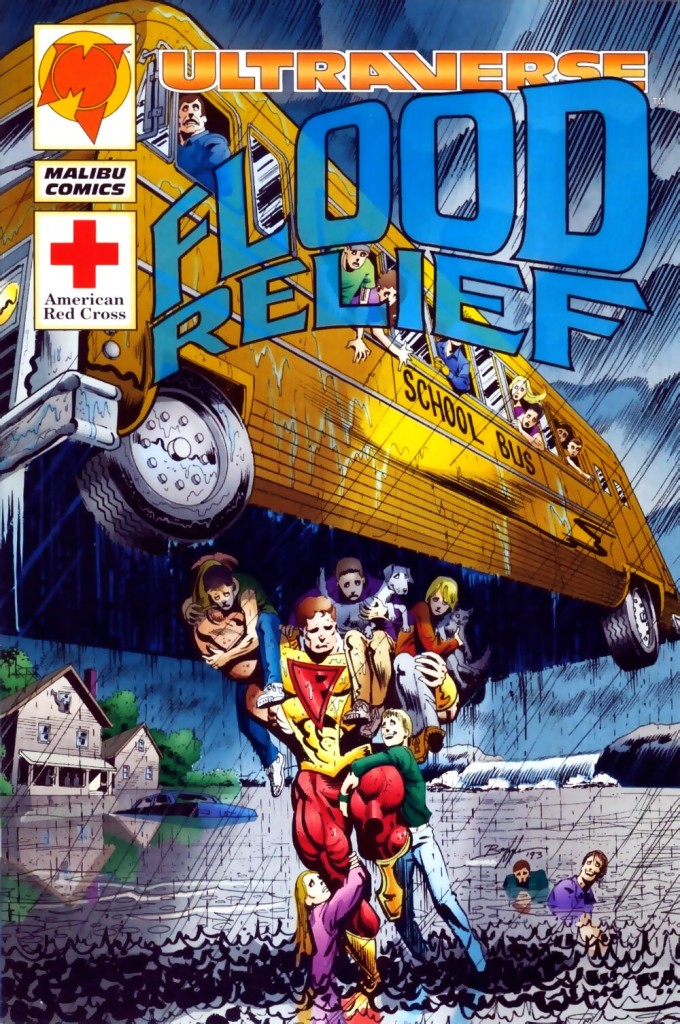 Flood Relief is a charity book that Malibu put out to help victims of the Great Flood of 1993. It was rushed to production pretty fast, and was available to anyone who sent in a coupon and donated at least $5 to the American Red Cross. Total print run for the issue was set at 15,000 (Malibu covered all of the production costs), and it featured several stories with Ultraverse characters. It also had a great Norm Breyfogle cover with Prime lifting a school bus out of the water.

Hey, it was for a great cause. I sent in my five bucks. I realize that’s kind of cheap of me, but I wasn’t making a lot of money then. And for now, we’re just discussing the collectibility of this book. It’s quite easy to pick up a copy now for less than the fiver I spent. This is a book that definitely belongs in the library of any Ultraverse collector.

There have not been any recent sales on eBay of this book, although there are a number of auctions priced between $2 and $21. You can buy one for $2.40 off mycomicshop.com; Mile High has a near mint copy for $8. Obviously your best bet is mycomicshop.com; you can also pick up some other Ultraverse books on the cheap while you are there. 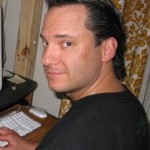 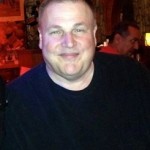 Prime #4 featured a cool battle between Prime and Prototype! To build hype for the issue, it was printed with two different covers to choose from, both by Norm Breyfogle. Check ‘em out! 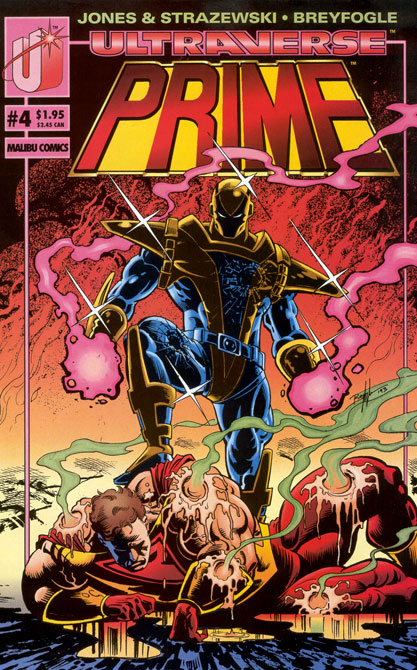 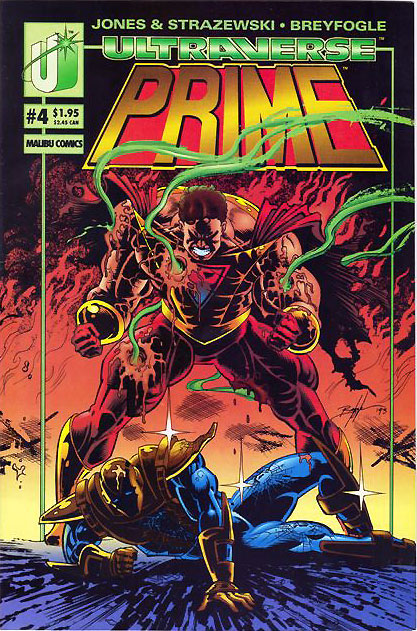 Prime #1 made a huge splash in the comic market back in June 1993. Check out this amazing two-page spread by Norm Breyfogle! That’s an impressive way to launch a new imprint! 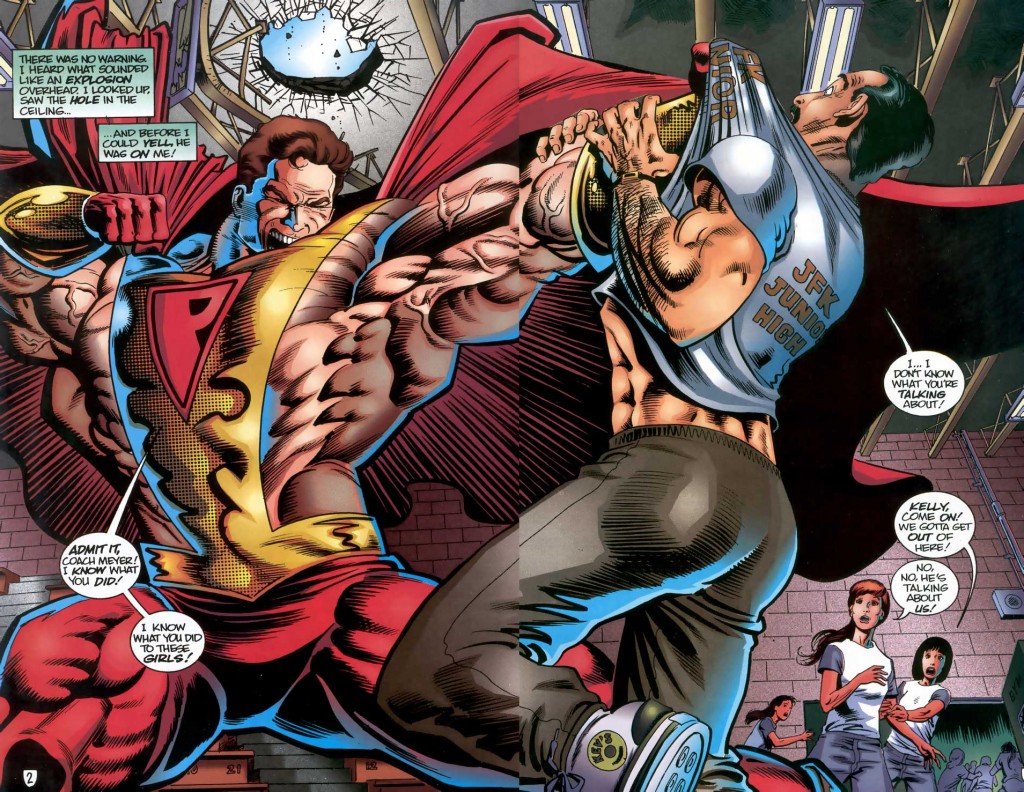