If you’re a fan of classic roleplaying games, you probably remember DC Heroes, a much beloved game published by Mayfair back in the 1980s. A number of people still play this system and over at writeups.org, you can find a number of heroes that have been statted up and are ready for play.

Lo and behold, one of them is Lady Killer from The Strangers! Sébastien Alexandre Andrivet did the honors and I’m sure he’d appreciate hearing some feedback if you use her in your campaigns.

Here’s a handy page listing all their Ultraverse writeups — you’ll have to keep clicking through the pages to see them all. 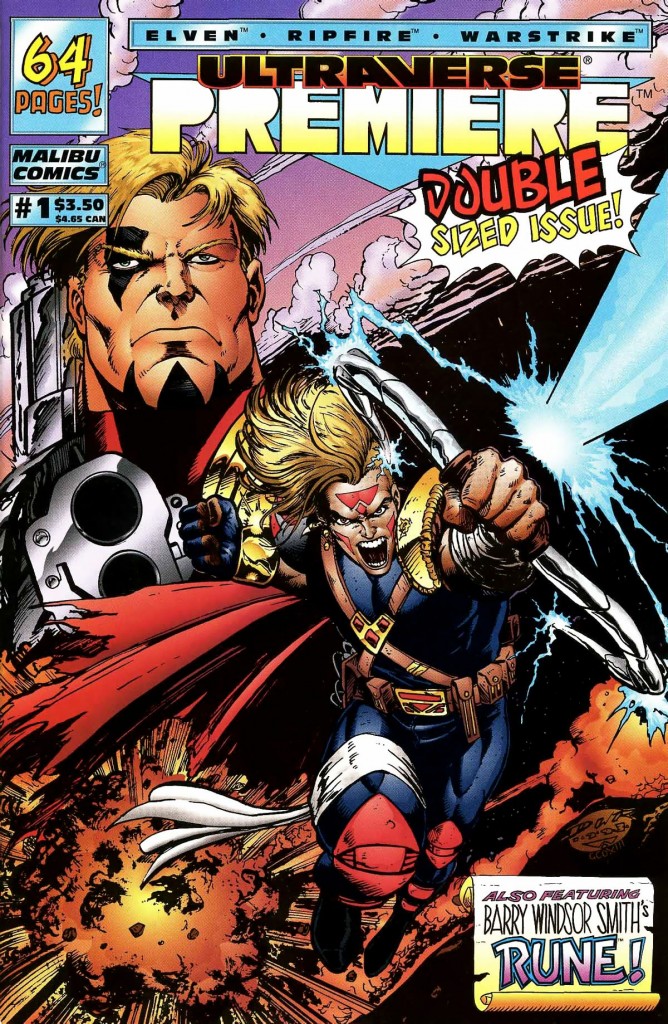 Lady Killer represents The Strangers on the front cover of Ultraverse Year One – a big jam piece by several prominent artists, including – of course! – Rick Hoberg.