The Ultraverse has always been described as a ‘Writer’s Universe” with emphasis over story building then imagery (pun intended).  James Robinson, who produced some of his first professional work in the Ultraverse, is a writer often name dropped when supporting this claim. James Robinson wrote for Firearm.  Firearm was very will written with very funny and poignant dialog.  Firearm was also very well designed with beautiful imagery. If your not familiar Firearm is about an ex spy turned private eye operating in a tinsel town filled with Ultras.  Here is one of my all time favorite single pages in a comic book, from Firearm #1 (page 16). 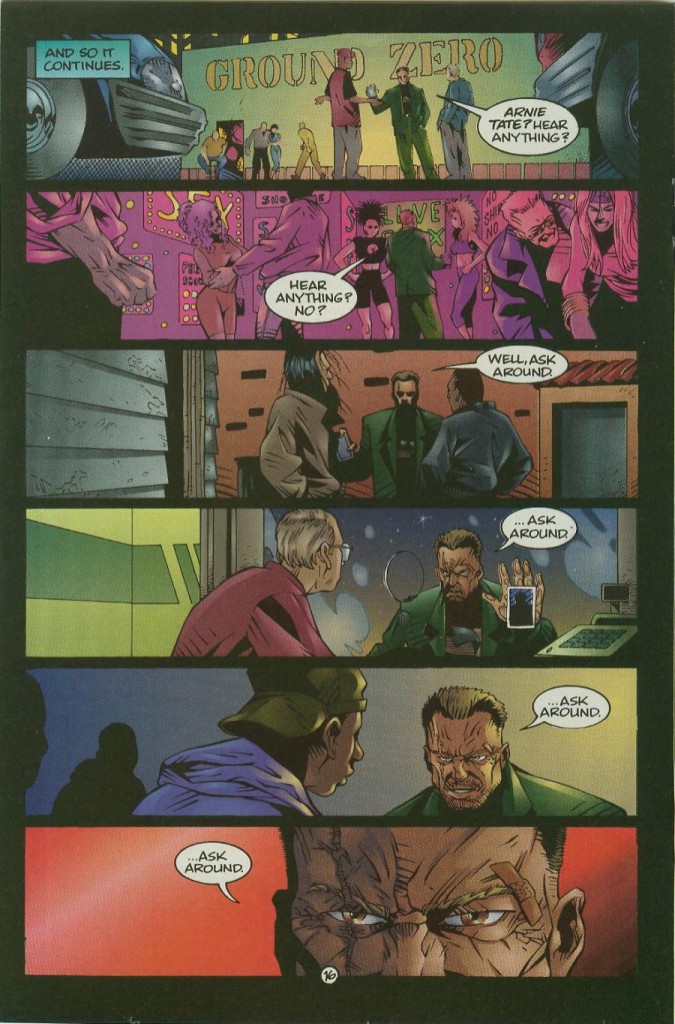 I know when I read it for the first time (and every time) it feels like I’m in a great P.I. detective show on television.  Great imagery and design for a comic in a ‘Writer’s Universe’….